You are not a prisoner.

You are a bird in fight,

searching the skies for dreams.”

Haruki Murakami, Hard-Boiled Wonderland and the End of the World

In the Japanese language, there are multiple ways to translate the first person pronoun, I. The three most common ways for men to refer to themselves are watashi, boku, and ore. Haruki Murakami’s 1985 novel uses each one of these, but the subtle differences in pronouns are not translated into English. Between these pronouns and the word Kokoro, there is a great deal lost in translation in Hard-Boiled Wonderland and the End of the World.

In the Hard-Boiled Wonderland side of the narrative that is told from the Calcutec’s perspective, every time the first person pronoun is used in the narration, more specifically, “I”, Murakami used the pronoun, 私, which is pronounced “watashi” in English. This is the most polite way to refer to oneself.

The third and final pronoun used in the novel is “ore” and is used strictly by the Shadow in conversations with the Dreamreader, which happens to be the only time he refers to himself because we never witness the Shadow converse with anyone else. This pronoun is the most raw, tough, or rude way to refer to oneself and is often used by school age children when talking to peers.

Because there is really only one way to refer to oneself in the English, Alfred Birnbaum created a couple distinctions to help differentiate the narratives, which are rarely noticed by readers in the English. He translates the Hard-Boiled Wonderland side of the narrative that is set in futuristic Tokyo in the normal past tense that typically characterizes narration. The End of the World, then, is translated into present tense.

Jay Rubin comments on this choice and says the distinction “also imparts a timeless quality that maybe be more appropriate than the normal past-tense narration of the original.” In the Japanese, a reader can open the text at any point and know which part of the narrative they are reading. To the unsuspecting eye, the distinction is slightly less obvious in the English.

The Calcutec and the Dreamreader both use “boku” in dialogue, which is typical of men their age in the contexts we witness, yet the Shadow uses “ore.” It is likely that the use of “ore” signifies a more confident, assertive disposition that may or may not be detected in the English translation.

According to Jo Suzuki, professor of English at The Master’s University,

This kind of nuance is difficult to find in the English translation. A deep analysis of the Shadow might suggest he is more confident than the Dreamreader, but we do not reach the level of nuance that is written into the language. Naturally, the Shadow is more self-assured because he is essentially the Dreamreader’s mind and memory. As the Grandfather points out, he is the Dreamreader’s self.

Rubin elaborates on this point,

“The loss of his shadow signals the beginning of the loss of everything that allows him to think and feel as an individual.”

As we’ve just discussed, the range of self-reference for men is wider in the Japanese than the English and this creates a different reading experience for both cultures. We experience these differences on a linguistic level, and the language influences the way individuals in the culture understand the self. Beyond this linguistic difference is a very delicate understanding of the self that relates to the kind of literature that emerges in the Japanese culture.

In the collection of conversations between Haruki Murakami and Hayao Kawai, Kawai makes some interesting insights regarding the I-Novel in an explanatory footnote and makes a point to differentiate Murakami’s work from this traditional approach:

“In Japan, the distinction between the self and others is not as clear as it is in the West. Even though you might use the word “I” in Japanese, it is really identical to the ‘world.’ I-novels, which make ingenious use of this ambiguity, focus on something completely different from what Western people refer to as “I myself.’ The reason these books succeeded was because they set out to equate various personal matters with the world at large. However, it is very difficult to translate this appeal to another culture.”

Keep in mind with every translation it is necessary to account for linguistic and cultural differences. Additionally, reading the text in English from a Western perspective creates a kind of alternate reading.

When teaching this novel, I make a deliberate choice not to reveal this difference in pronouns to students until they have finished the novel. Virtually all of the scholarship and most of the online articles written about this novel refer to the Calcutec as “Watashi” and the Dreamreader as “Boku.”

Students sometimes find out because they are searching for summaries. My main goal is to preserve the moment of discovery that takes place when the reader realizes the Calcutec, the Dreamreader, and the Shadow are three parts of a whole person.

The clues like the paperclips, unicorn skulls, and moments of déjà vu or even the Irish ballad, Danny Boy, trickle into each side of the narrative and ultimately lead to that revelation. The reader, just like the Calcutec, becomes a hard-boiled detective and collects those clues throughout the novel.

Even though a great deal is lost between an Eastern reading and a Western reading of this novel, especially in relation to pronouns, the Western reading allows for this moment of discovery in a way that might be lost for the reader of the Japanese.

The next most significant loss in translation is the choice Birnbaum makes to translate the Japanese word, 心, pronounced “kokoro” as “mind.” The choice is not terrible, and I’m not sure there is a better option, but there is a great deal lost with it.

“Kokoro” is what the shadows signify in the End of the World. In order for individuals to remain there, they must forfeit their shadows. Once their shadow dies, their “kokoro” is gone and they no longer feel anxious. This word means more than mind, but what happens is the reader of the English translation ends up expanding their definition of the word “mind.”

At one point, the text says the shadows retain all of the memories, but this fails to account for all of the nuances of the word “kokoro.” When the beasts or the unicorns absorb mind, they really absorb “kokoro.” The shadow comes to represent the core of a person, including heart/emotions, mind/intellect, soul, memories, and self/identity and this isn’t really conveyed in the English.

The dichotomy between mind and brain that is set up in the novel prompts us to question the Japanese understanding of mind. Professor Jo Suzuki explains these differences while using the novel as a reference point:

“In the Japanese language, there is no word that distinguishes mind and brain. We use the word “kokoro” (心). It is usually translated as “heart.” But, whereas the English “heart” primarily refers to the seat of emotion, “kokoro” includes the seat of intellect (i.e. “mind”), emotion, and volition. The word for “brain” (“noh” 脳) refers to the physiological organ only. The occupants of the End of the World do not posses “kokoro.” That means they are automatons: they perform their function without volition or emotion, or conscious deployment of intellect. So, here’s the question: what is brain? Is it a system/machine or something more? I think the novel’s answer is a complex one: it is a semiotic system that includes the possibilities for its own undoing, i.e., anomalies/aporia (the inklings, the forest, the whirlpool, etc.). So the brain is both a system and a factory that both calculates and symbolizes.” 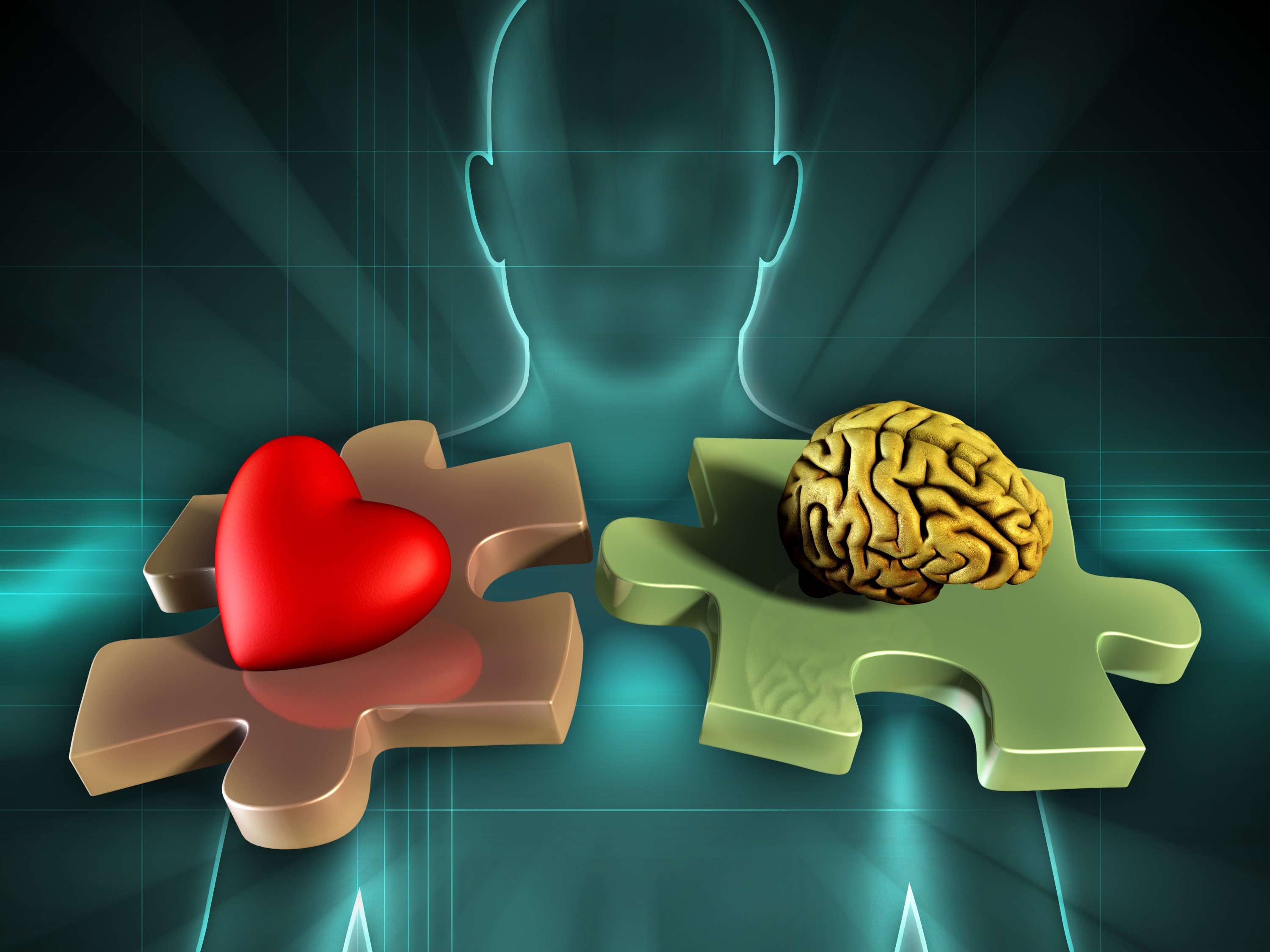 The limitations of “kokoro” prompt us to question the difference between “mind” and “brain” and we are able to draw conclusions based on evidence in the text. Additionally, we briefly consider the limitations of love in the novel, not only because of how we tend to misunderstand the concept of “kokoro” as it relates to the English concept of heart and emotion, but also because other subtle exchanges are lost as a result of translation choices that would contribute to stronger character development or a more solidified concept of a character’s “kokoro.”

Many subtle, nuanced exchanges between various characters (Calcutec/Granddaughter; Calcutec/Librarian; Dreamreader/Librarian; Calcutec/Professor… you get the point) are not rendered in the English translation. Consequently, we lose a great deal of intimacy between characters.

Consider the passage below from Chapter 16 to see how Alfred Birnbaum’s translation choices on the left remove elements of one intimate exchange between the Dreamreader and the Librarian. On the right, we read Jay Rubin’s translation included in his book Murakami and the Music of Words.

Do you see how critical that final line is to the narrative? The Dreamreader’s shadow represents his self, ego, mind, heart, soul, and memories all in one.

My first reading of this novel rendered the conclusion: one is unable to love without a shadow. Initially I equated this to living without memories. How can one love unless one remembers the narrative of that love story? We need to remember each sacrifice from of the person we love and each of their actions that exemplify their love.

Love is not a single action in one moment in time; it’s a series of choices that paint a single large story, one grand narrative of love. This moment that Jay Rubin translates and Alfred Birnbaum does not contains a declaration of love. How many other declarations of love or acts of “kokoro” are lost in translation?

Beyond just memory, however, it is interesting to note how necessary “kokoro” (as it stands for one’s self) is to the act of love. The biblical mandate, “love your neighbor as yourself” is a reflection of that necessity. Love seems essentially narcissistic.

Even the God of the Bible’s love, the most pure and undefiled love there is, seems narcissistic. After all, He created us in His image. But love is only narcissistic when we see our Kokoro (self) in the other person instead of apprehending the two-ness of our relationship. The Dreamreader apprehends the Librarian as wholly other, but what about him?

He agreed to forfeit his Kokoro. Without a self, is it possible to love? My original argument was that it is impossible for the Dreamreader to love, but the more I learn about what is lost in translation, I wonder if this interpretation would change if I were to read the text in its original language.

Could this be some of what Murakami means when he says he feels like the interpretations made by American students do not match up to the Japanese version? Roland Kelts wrote the article, “Lost in Translation” for The New Yorker in which he quotes Jay Rubin. Rubin’s comments are both alarming and expected, but important for readers to hear:

“When you read Haruki Murakami, you’re reading me, at least ninety-five per cent of the time.” Jay Rubin

Alas, this is how translation works – and sometimes doesn’t work.

The question remains, then, when we reach the end of the narrative, what is left? Based on your reading, your translation, and your interpretation – is the ending hopeful? Tragic? How do you interpret the ending?